The Emperor of Ice Cream

Call the roller of big cigars,
The muscular one, and bid him whip
In kitchen cups concupiscent curds.
Let the wenches dawdle in such dress
As they are used to wear, and let the boys
Bring flowers in last month’s newspapers.
Let be be finale of seem.
The only emperor is the emperor of ice-cream.

Now to get a bit abstract.

I’ve been putting off the ice cream topic, because there’s too much to say. More than there is about meat. Or vegetables. Or grilling or sous-vide cookery or sauces or the whole of Escoffier’s and Carême’s contributions to culinaria.
I am maybe not exaggerating. The mysteries and convolutions of ice cream, while not obvious, lurk barely beneath an innocent surface. Recipes themselves are usually simple. Eating ice is cream is simple (once you learn to hold the cone upright). You can get it anywhere—the corner deli, Costco, the Mr. Softee truck.
You may be wondering, what, exactly, is the big deal? It may be nothing—until the day comes when you decide to poke under the thin facade of that recipe and start tinkering. Like … if you want your ice cream less sweet. Or smoother. Or fimer. Or denser. Or if you want less fat. Less egg flavor. More fat. A fluffier texture. A more scoopable one. Better longevity in the freezer. More intense flavor. A creamier, meltier mouthfeel. A cleaner flavor. More body. Less body. Etc..
This is when you’ll start to tweak. And when you’ll discover the exasperating awe-inspiring interconnectedness of each and every variable. To adjust A, without ruining B through Z … therein lies the art.
To wit, Dr. Cesar Vega, a guru to many gurus, has been spending his nights constructing a “knowledge map” of ice cream—a flow chart that accurately models all the variables and their interconnections [see above]. At a lecture I attended in 2013, he showed a slide of the map, which he professed to be only a rough beginning. It looked like a map of the cosmos; maybe more useful for getting lost than getting found. It didn’t look like anything from Grandma’s recipe box or epicurious.com.

In this post, the first in the Ice Cream series, we’re just scratching the surface of the surface. I hope, eventually, to outline the basics, to deal in-depth with a few special topics, and to point you to some good books and web resources. I also plan to dig in to some topics that are beyond the scope of anything you’ll find on the web or in culinary school—ideas and techniques from food science researchers, and from some of my own experimentation.


Who is this series for?

If you’re a beginner, or just looking for some new flavors try out, these posts will probably drive you crazy. I’m assuming you’ve at least made some ice cream, read a book or two, and probably a bunch of blogs and online discussions. Or maybe you’re a culinary student or pastry chef who wants to dig deeper and take more control over the process. I’m definitely assuming that your curiosity runs deep, and you like to know why things work—which is to say, you think science is cool. In any case, if you’ve hit a wall, and haven’t been able to find answers to your more arcane questions, I’m hoping you’ll find this a helpful resource, and possibly a unique one.

There are just a couple non-negotiable requirements:

1) You’ll have to have a couple of digital scales for measuring ingredients—one that measures accurately to 1 gram, and can handle at least a few kilograms, and a small scale that can handle 100 grams or so and that measures accurately to 0.01 gram. Total investment can be under $60 US. If you’re unfamiliar with measuring by weight (and using the metric system) I hope you’re willing to learn. You’ll be ecstatic that you did, because it’s easy, and volume measurements are for suckers.

2) You’ll have to be willing to buy and get familiar with some ingredients that aren’t common yet in home kitchens. I’ll tell you where to find them.

Some other gadgets are helpful, but not strictly required.

-A powerful blender, like a Vitamix, will make the process easier, but you can get by with a regular blender or even an immersion blender.
-A cooker that can hold a precise temperature, like an immersion circulator or laboratory hotplate, will make the process much, much easier. But you can get by with a saucepan and a stove.
-A freezer you can adjust colder than -18°C / 0°F will give you better result than a more anemic one.
-And of course a high end ice cream maker would make everyone’s life better, but if you’re not a pro, this is probably out of reach. I certainly don’t have one.
-If we’re going to add pie-in-the sky items to the wishlist, let’s include a homogenizer and a blast freezer. These are both in reach if you’re a pro. The blast freezer gets elevated from a nicety to a necessity if you’re making large quantities.
-If you’re making ice cream on the scale of a busy retail shop, you’re going to need a pasteurizer with an attached chiller. This will be the only way to meet health regulations and to not go crazy.

What is Ice Cream?

By “stable,” we mean it must last long enough for you to eat it, whether this be minutes or days or weeks. Stability is just one of the variables we need to consider when crafting a recipe. 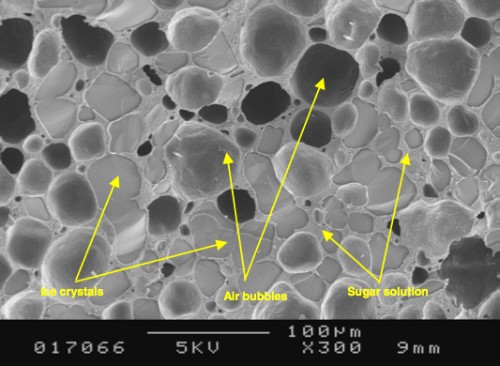 I’m guessing you have some experience here. I’ll just call your attention to some parts of a process that’s probably quite familiar (although you can never have too much practice). A bite of ice cream unfolds in many steps, like a narrative, with a beginning, middle, and end.

We first experience the ice cream in its frozen state, which may feel hard or soft, resistant or yielding, chewy, gummy, fluffy, or dense. It will then begin to melt, a process that may be protracted or quick, smooth or abrupt, yielding a texture that’s smooth, icy, or sandy. After it melts we will have the liquid ice cream in our mouths, which may be thin and milky or unctuous and creamy. After we swallow, the finish may be quick and clean—the ice cream gone without a trace, or it may be lingering and creamy, or we may feel an oily or pasty coating in our mouths.

If the ice cream fails us here, we need to ask where in the narrative the problem lies. And then we need to figure out what to do about it—which is the harder part.

You’ll notice I’ve only mentioned texture so far. When making ice cream at home or in a pastry kitchen, texture is the hard part. While there are tricks to getting the best flavor infusions, they’re not difficult to master. And the expense of ample, high quality flavor ingredients isn’t such a burden when you’re making a few pints or quarts at a time. In an industrial setting, the situation is reversed. Engineers are pretty good at dialing in texture. But there’s no way to get great flavor without paying for it. Prices of high quality vanilla and coffee and fresh fruit and chocolate add up when you buy by the boxcar.

In upcoming posts we’ll look at the basic qualities of ice cream, with an emphasis understanding its underlying structure so that we can control it. We’ll look at basic templates and techniques for creating an ice cream recipe, including methods for controling texture, both traditional and contemporary. We’ll illustrate the underlying ideas with a few different variations on a simple recipe.

We’ll also look at strategies for infusing flavors, and for incorporating flavor ingredients like fruits and chocoates that tend wreak havoc with texture and sugar content.

Finally, we’ll get into some topics that are not widely addressed outside the food science industry, like how to design your own stabilizer blends, and how to use time and heat to give special powers to milk proteins. 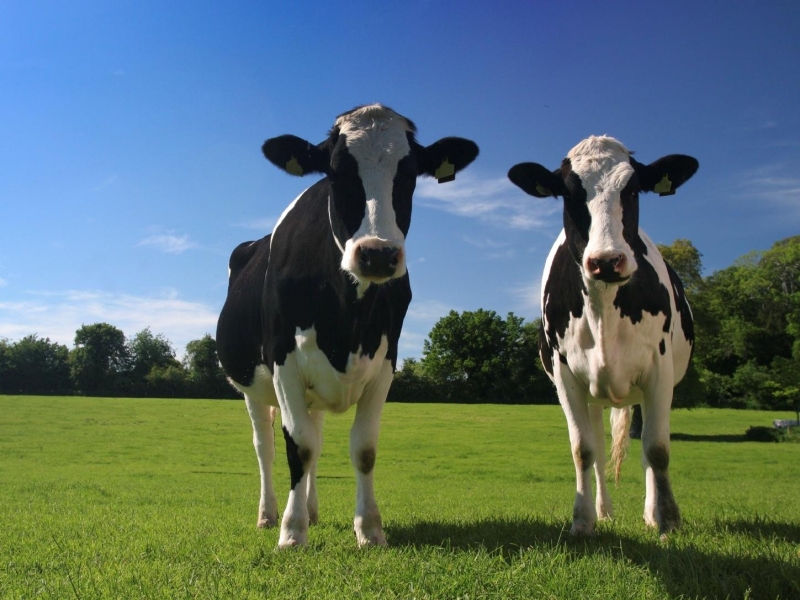 Interesting post and nice idea. Good luck in your blog.